The long-Christmas Costume is a costume that was originally an Advent Calendar prize on Christmas Eve, 2005 and the costume has been neglected for about as long as MaraPets was established. As promised, the Christmas Costume was re-released/revamped in 2020 to match the Seasonal Costume and Advent Costume. Christmas pets will mostly sport garb akin to Santa Claws and traditional Christmas memorabilia (i.e. wreaths, baubles, present ribbons, and snow globes). 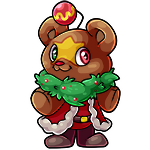 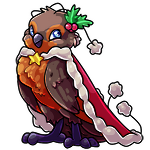 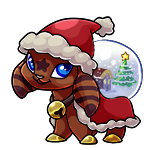 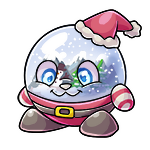